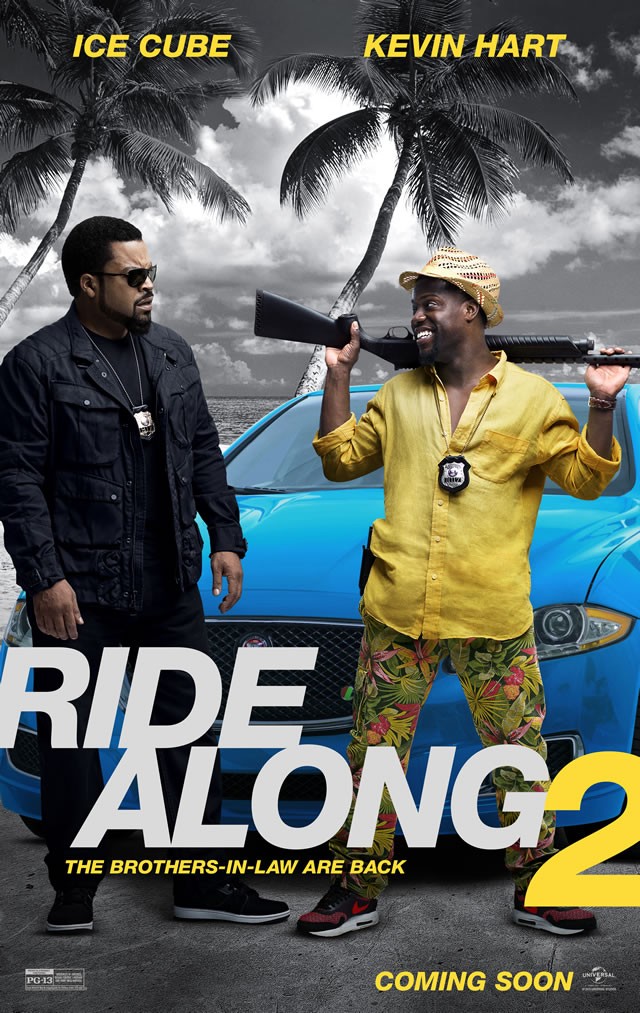 Ben Barber (Kevin Hart) wants to be a detective. He is hoping to impress his soon-to-be brother-in-law, James Payton (Ice Cube). Unfortunately for Ben, and everyone around him, he isn’t exactly super cop material. Occasionally he gets something right and helps out. But mostly, he causes more trouble than anything.

With Ben and Angela’s (Tika Sumpter) wedding day approaching, Ben heads to Miami with James to track down a drug dealer supplying dealers in Atlanta. After meeting up with Maya (Olivia Munn), a member of the Miami Police Department, the trio set out to take down Antonio Pope (Benjamin Bratt).

After the rush of Oscar contenders that fills up the end of the year, January is the time to fill theaters with fluff. Ride Along 2 fits into the January schedule nicely.

Kevin Hart plays the loud, obnoxious character that we have come to expect from him. While Hart’s character may get on some people’s nerves, it doesn’t really bother me. He doesn’t take himself too seriously, and I’m sure he isn’t expecting to win any awards. It’s this laid back approach that makes his character fun. Ice Cube plays the straight man. He takes his job seriously, and isn’t interested in any of the chaos Hart brings. He’s rough and angry. Exactly what you would expect from Ice Cube.

The buddy cop movie has been done more times than I can count. It always pairs polar opposites as partners. Following the formula, Ice Cube wants nothing to do with Kevin Hart, but has to work with him anyways. Of course, the bumbling idiot partner ends up doing something heroic, and the experienced veteran gets a new appreciation for them. You know exactly what is going to happen, especially if you’ve seen the trailer.

If you’ve seen the first Ride Along, you know what to expect. If you enjoyed it, you will most likely enjoy the sequel. It is nothing more than a mindless distraction. A movie you can sit back and watch without thinking at all. That said, unless you’re itching to get to the theater, I would wait for it to come to the RedBox.